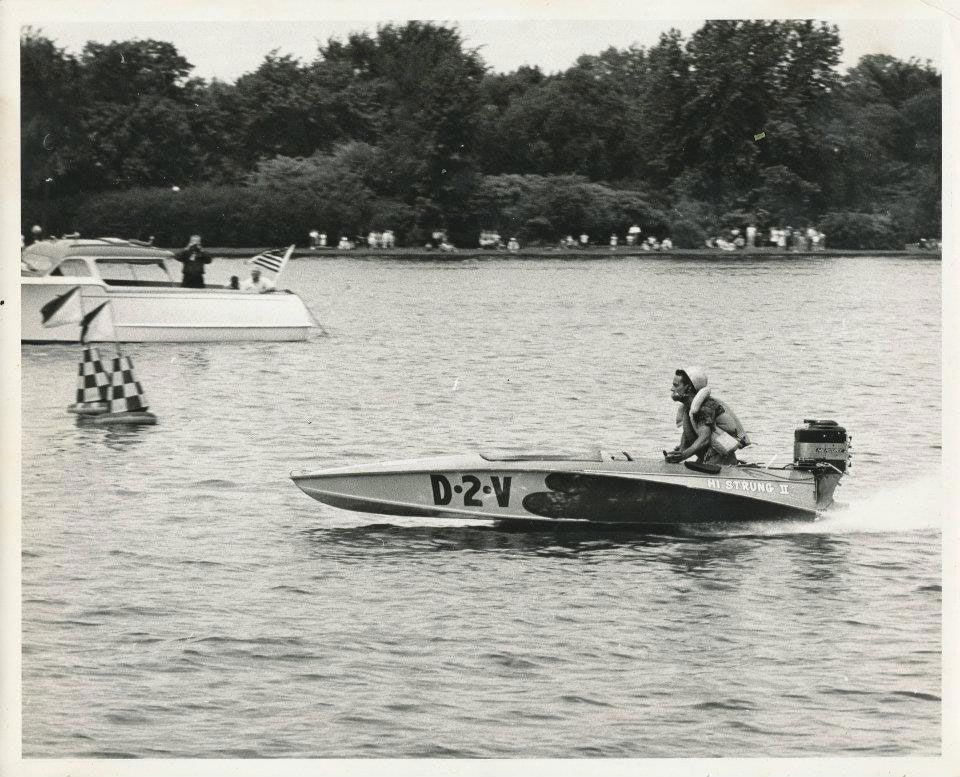 Switzer ran a DU boat of his own design, powered by a Mercury Mark 40 outboard, a brand new motor that he’d just received from the Mercury factory. Post-race inspection found the motor had irregular reed stops, and despite the fact that the outboard’s factory seals were intact Switzer was disqualified. The victory went to Fred Snyder of Lancaster, Pa., in another Switzer/Mercury entry, according to an account in a period magazine, which said Switzer would appeal the disqualification. The article goes on to explain that the issue with the reed stops was a production error made to all 50 of the first Mark 40 outboards produced, many of which competed in the Marathon. However, because none of the other new engines placed in the top three, they were not inspected following the race. Of course, this part of the story does not appear in the Mercury-produced highlight film.