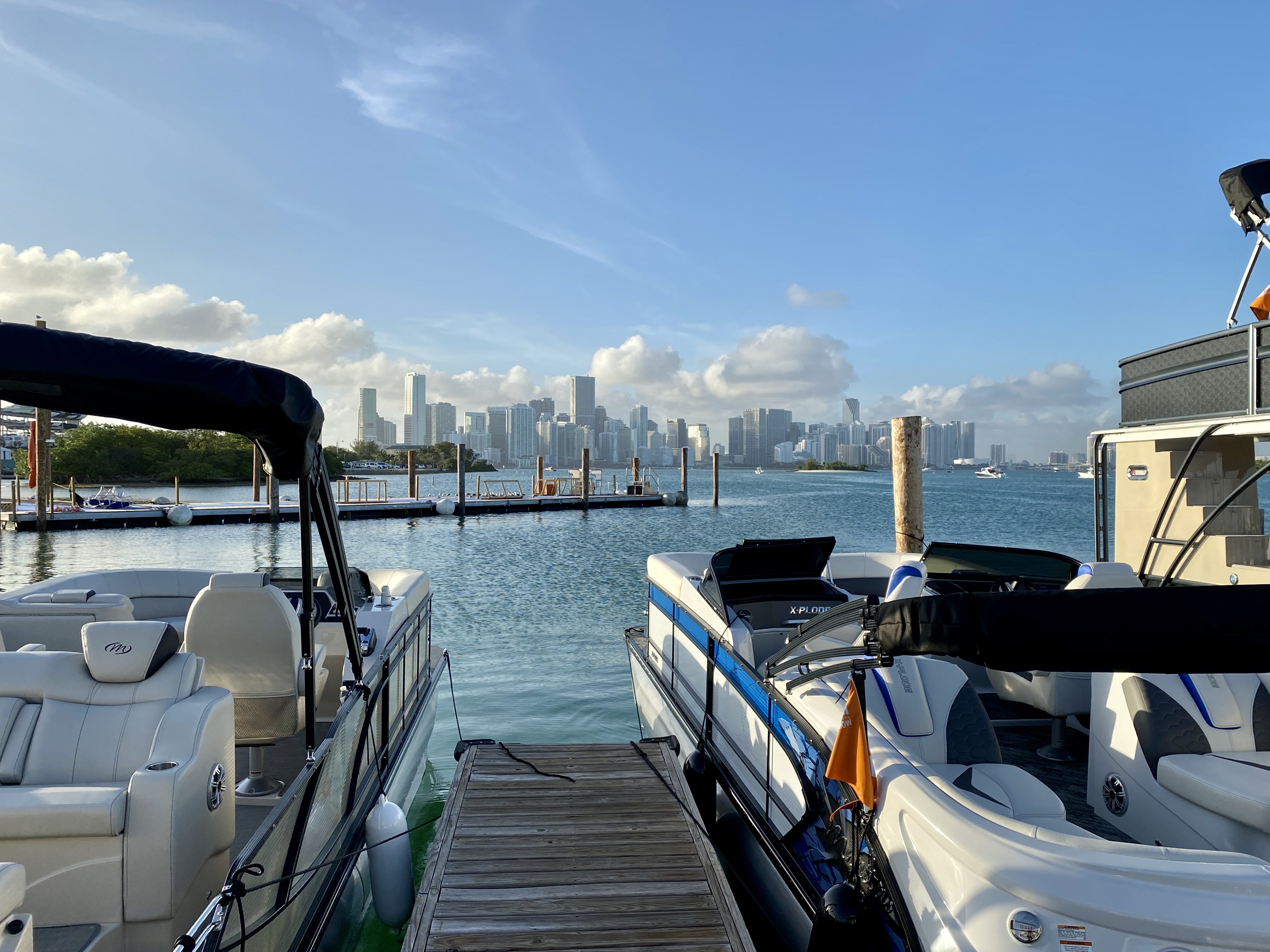 2020 marks the 79th year of the five-day show which occupies an important part of the boating industry’s annual calendar.

Speaking of the calendar, it doesn’t hurt to hold the show over President’s Day weekend, or during winter for those of us who have to deal with that. Especially when the Miami forecast calls for 82 and sunny every day, with no talk of snowfall totals or windchill.

They are expecting 100,000 total visitors, with around 36,000 of that number from out of state. Those non-local attendees spend about $53 million while they are in Miami, exclusive of whatever they spend on a boat!

There could be some new developments in the years ahead in terms of what powers those boats. It’s interesting to note than in the first three press events we attended, they mentioned electric power in two of them.

Watershed Innovation, a subsidiary of Correct Craft, is introducing its new brand Ingenity at Miami. Nautique and Ingenity will debut a 100% electric Super Air Nautique GS22E featuring the most energy-dense battery for towed watersports use.

And there are others.

But Mercury Marine president Chris Drees put things in perspective when it comes to battery power when he spoke at an event for Mercury dealers and the media.

Drees said if you were able to put the battery pack from a Tesla in that boat to power the motors, and ran it wide open, it would last about six minutes. Interesting illustration.

We’re writing about electric propulsion in an upcoming issue of the magazine, so keep an eye out for that. And we’ll keep you up to date on other cool things coming out of Miami.