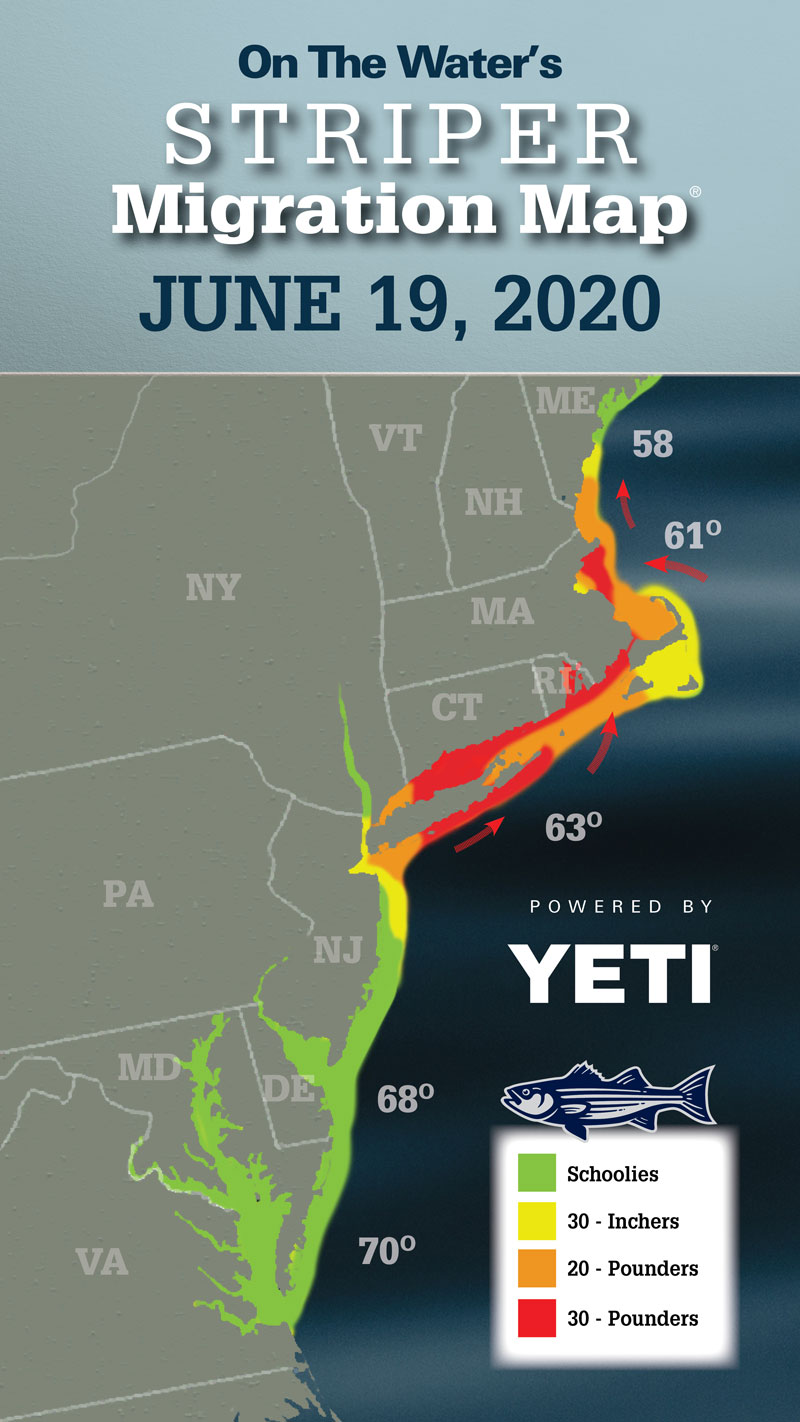 Follow along as we track the Striper Migration. You can help by contributing to our weekly map updates—simply share your striper fishing reports here and on social media with tag #stripermigration.

Note that there were some significant changes to striped bass regulations this year.

Maryland DNR has begun reporting their Striped Bass Summer Fishing Advisory Forecast, aimed at reducing striped bass mortality during the summer fishing season. A color-coded recommendation system allows anglers to plan their striped bass fishing trips up to seven days in advance. As bay water temperatures climb into the 80s and deeper waters may be impacted by plankton bloom die-offs, this information will be very important to anglers wishing to conserve the striped bass resource in Maryland.

Striped bass fishing has slowed with rising water temperatures in southern New Jersey and anglers are targeting other species. Off northern New Jersey, bass have mostly moved out of Raritan Bay, but boats trolling Mojos and bunker spoons or fishing live bunker are still catching stripers.

On Long Island, big post-spawn bass to 50 pounds have spread out in Long Island Sound and along the south shore as they feed on abundant bunker (menhaden).

Big bass are spreading throughout Long Island Sound, and stripers to 40-plus pounds are feeding on bunker in Narragansett Bay.

Big bass over 30 pounds have been tough to locate around Cape Cod, but there are good numbers of schoolies and fish in the 30-inch class. More 40-inch class bass have been reported outside Boston Harbor and north to the Merrimack River.

Bigger stripers have migrated into New Hampshire and southern Maine, with bass into the 40-inch class reported as far north as Wells. Casco Bay is loaded with schoolies.