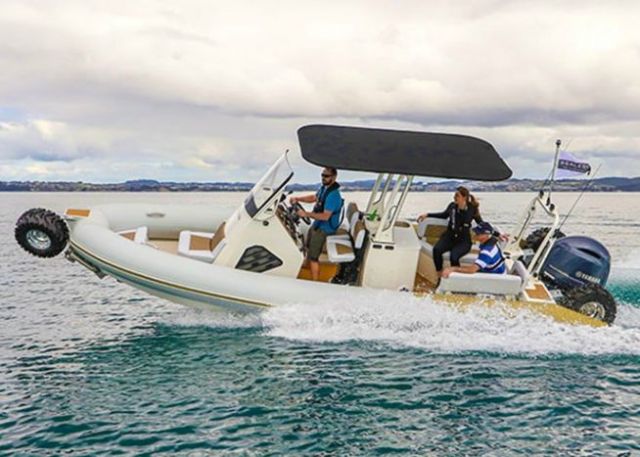 The vessel is the third Sealegs craft Bear Grylls has purchased and marks a milestone for Sealegs as a pioneer of the amphibious production boat market. Over the last 15 years the New Zealand-based company has evolved from a startup to a major stakeholder in a significant and growing sector of the international marine market.

“I am proud to be a part of the team that created amphibious boating, and be part of New Zealand’s heritage of innovation in the marine industry,” said David McKee Wright, CEO of Sealegs. “We’re honoured that a discerning customer like Bear Grylls, who appreciates quality build and performance, has chosen Sealegs for the third time.”

Since the milestone of 1,000 amphibious craft in 2015, Sealegs has established beachheads in the commercial market with the release of Sealegs System 100, capable of supporting up to 10t in payload.

Two new models will be unveiled at the Auckland Boat Show in October.