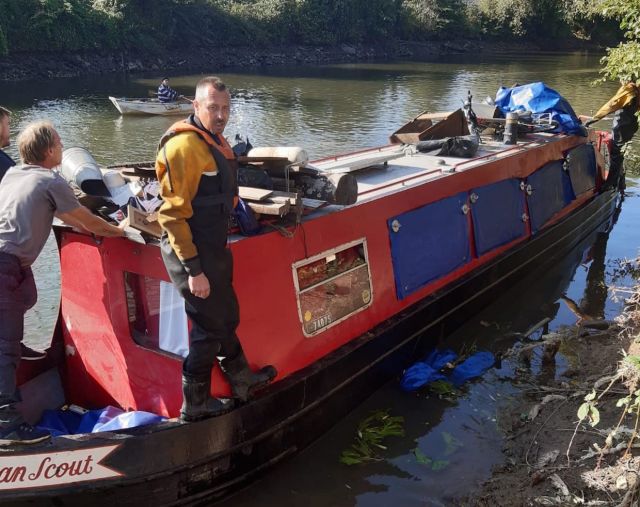 River Canal Rescue has recovered 49 boats following the failure of the Twerton sluice gates on the River Avon.

Three boats, moored near steep banks between two weirs, sunk and six were at risk of sinking. The remainder were stranded due to parts of the river drying up.

The incident happened after water levels dropped by around 1.8m within around 30 minutes after the gate was stuck open on Tuesday September 15.

“One of our members alerted us to the situation midday Wednesday and then the Canal & River Trust took control and asked us to manage the recovery process.

“Given the number of craft at risk, we pulled in engineers from around the country, re-juggled their priorities and started amassing extra equipment and getting everything in one place.”

RCR’s teams have returned to the area to check over the vessels, fit any necessary equipment and ensure all craft were secure.

The firm is now in the process of lifting all the boats out of the water to inspect them for damage.

“Despite supply issues created by the Covid climate, RCR met its deadline of Thursday to source and have all equipment on site and prepared for recoveries from 6am Friday,” added Stephanie.

And she explained that items the company had to source in less than 12 hours included 20 bilge pumps and batteries, six Tirfor lifting and pulling machines, 100m of rope and 60m of hose.

The Environment Agency has agreed to cover the costs incurred by those affected by the incident.