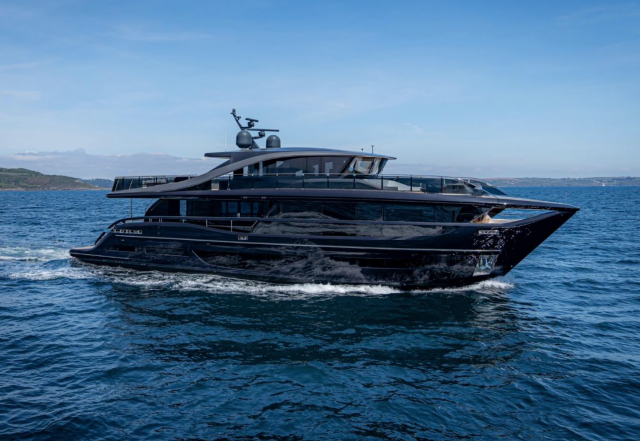 Princess Yachts has sold nine hulls in its new X95 series, with negotiations ongoing for a tenth order.

The yard has experienced increased orders over the last few months with tools such as a Facebook Live global launch instead of more traditional methods being used to show the new craft.

“During March and April, we sold 50% of our usual retail,” explained Princess chief executive Antony Sheriff. “June was the best retail June in a decade and July is set to beat June. The biggest complaint is can we get more boats and can we get them sooner.”

And he said interest in the new model is global, with owners from the US, Asia and Europe.

“We’re very pleased with the concept of the X95,” he said. “We’ve got great confidence; it’s the right boat going forward.”

It has a new hull designed in partnership with Olesinski that evolves the deep-V concept to provide 15% improved efficiency with stability.

The X95 establishes a new ‘Superfly’ X Class, that Princess says re-imagines the concept of a ‘flybridge’ redefining space and architecture in yachts.

It is one of six new Princess models recently announced that build on the boatbuilder’s record financial results.

The boatbuilder has an 18-month order book across all models with a summer 2022 order book for some models and is currently producing between 25 to 30 boats a month.