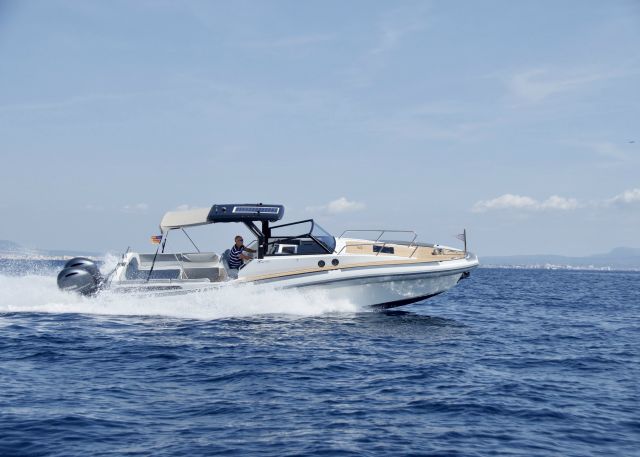 Premier Marinas has partnered with Agapi Boat Club to create a smarter way for UK boaters to enjoy high-end boating at a fraction of the cost of traditional ownership.

The Premier Agapi Boat Club will make its debut at Premier’s Swanwick Marina at the 2020 British Motor Yacht Show on 1 to 9 August where the partnership will unveil a new subscription boat club model and a variety of membership styles allowing clients to choose a tailored plan.

Commenting on the association, Andy Mills, Premier Marinas’ business development director, said that a number of operators had been considered. “Agapi not only offered the kind of club we aspired to run and the cutting edge service systems to back it, but  they also provide the premium boats that we require to fit with the Premier brand,” he said.

At Swanwick, Premier will also showcase the new Agapi 950 and Agapi 800. Further models are joining the fleet in 2020 and 2021 when the fleet is expected to include an environmentally friendly e-powered boat designed for speed, distance and sustainability.

Agapi Boat Club has a network of 13 centres based in Sweden, Finland, Crete and Spain. Alongside the option to access Agapi Boat Club centres overseas, the Premier Agapi Boat Club will offer its members the freedom to enjoy Premier’s marinas at Chichester, Southsea, Port Solent, Gosport and at Swanwick Marina on the Hamble, the home of Premier’s first club.