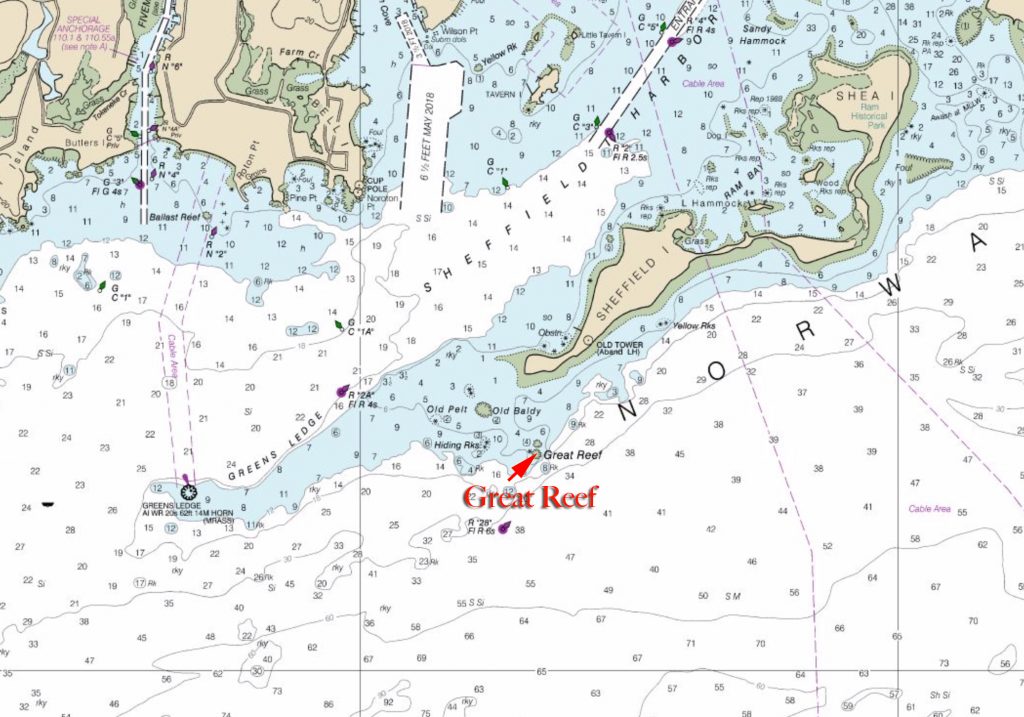 On May 6, New Hampshire man and his delivery captain were rescued when the new 39-foot cabin cruiser they were brining from Florida to New Hampshire ran aground on Great Reef off Sheffield Island in the Norwalk Islands Chain.

Sgt. Peter Lapek of the Norwalk Police Department’s Marine Division responded to the scene in a rigid-hulled inflatable, and was able to reach the stranded boaters and get them to safety.

The powerboat, which was valued at $300,00 and was insured, was later salvaged by Sea Tow.